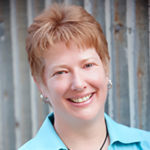 Rev. Dr. Carla Cheatham began her career in social services with an MA in Psychology, certification in trauma counseling, PhD in Health & Kinesiology, and M.Div.  After serving in child and family counseling, treatment centers, higher education, faith communities, and an interfaith non-profit, Carla worked 10 years as a hospice chaplain and bereavement coordinator.  She is Lead Trainer for Carla Cheatham Consulting Group, LLC and national keynote speaker, consultant, and coach focusing on emotional competencies for professionals, leaders, healthy organizations, and family caregivers.  Carla is Chair of NHPCOs Ethics Advisory Council, former Leader of NHPCO’s Spiritual Caregivers Community, member of NHPCO’s Trauma-Informed End of Life Care Work Group, Adjunct Professor at Seminary of the Southwest, and Affiliate Assistant Professor at University of Maryland for its MS in Palliative Care.  Author of Hospice Whispers: Stories of Life and Sharing Our Stories: A Hospice Whispers Grief Support Workbook, her next books on grief and the art of presence with suffering will publish in 2020. 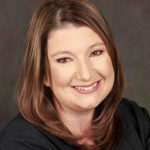 Dr. Champlain grew up in California, completed her medical education in Illinois, and is a member of the Travis County Medical Society and American Academy of Family Physicians.   In 2014, she was named “Resident of the Year” by the Hinsdale Hospital Nursing in 2014, and received the Dr. Donald R. Bennett Research Award for excellence in resident research from Adventist Hinsdale Hospital.  Dr. Champlain says “I chose a career in medicine because I wanted to combine my love of science with direct patient care, patient education, and have a relationship with each and every one of my patients.”  When she is not at work, Dr. Champlain enjoys playing with her two children, walking her Great Dane, or gardening. 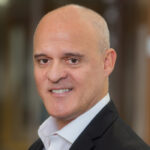 Jesús Ortega is a trainer, consultant, facilitator, program manager, and counselor based in Austin, Texas. He currently serves as the Director of the Office of Diversity, Equity, and Inclusion at the Dell Medical School at the University of Texas at Austin. With more than twenty-five organizational development, Jesús has dedicated his entire professional career to promoting economic, social, and environmental justice. He is also a Professor of Practice of Social Work at Steven Hicks School of Social Work at the University of Texas at Austin, and adjunct faculty in the Health Inter-Professional Education Program, which provides academic training to students from the schools of pharmacy, social work, nursing, and medicine.

A native of Venezuela, Jesús came to Texas by way of New York. In Venezuela, he worked in urban planning and environmental justice initiatives. In Brooklyn, New York, he participated in economic development efforts to create economic justice among immigrant communities. Prior to his current positions in Texas, Jesús has worked at the intersections of health and justice in numerous ways including serving as the Deputy Director at The Alamo Area Resource Center, as adjunct faculty at the School of Social Work at the University of Texas at San Antonio, as the Executive Director at Out Youth, an LGBTQ youth organization, and as the Assistant Director at the Austin Stress Clinic, where he developed an innovative culturally grounded curriculum deconstructing unhealthy frames of masculinity to interrupt their role in violence against women.

Charlotte was diagnosed with HIV in December 2004. Shortly thereafter, she joined a Women Rising Project support group and became a familiar face at many Project activities. Charlotte wanted to do something to repay the help and support she received through Women Rising Project (WRP). That’s when she began volunteering her time to do administrative support. Prior to connecting with WRP, Charlotte served the state of Texas for more than 25 years in administrative support in health and human service agencies.

In 2005, Charlotte graduated from the Project’s Rising Star University, a peer-based health education program for women living with HIV. In 2006, Charlotte received a national certification from the Lotus Project’s Women’s HIV/AIDS Advocacy Training program. Shortly thereafter, Charlotte accepted a part-time position as a Peer Support Assistant, a position she held for the next two and a half years.

In 2009 Charlotte stepped up as a volunteer peer facilitator for the Project’s support group for women living with HIV. Charlotte also served on the Project’s Advisory Board for two years. In October 2010, she accepted a Peer Advocate position in a new WRP program, known as Women’s Health Enrichment Program. In 2010, Charlotte was also appointed to the Austin Area Comprehensive HIV Planning Council. 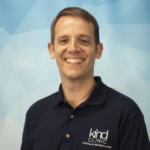 Brandon is the Director of Academic and Healthcare Partnerships at Texas Health Action, and former Chair of the HIV & Aging Conference.  Brandon holds a Master of Science in Social Work degree from The University of Texas at Austin and has worked in the HIV field in Austin for more than 14 years. He is deeply committed to addressing HIV and other LGBTQ+ health equity issues through his leadership with Austin’s Fast-Track Cities, the Texas HIV Syndicate, and Austin’s LGBTQ Quality of Life Advisory Commission. He also received the Dell Medical School's "Health Care Practitioner Hero Award" in 2019 for his significant contributions to the health of Central Texas.  Brandon lives in Austin with his husband, Scott, and their four-year-old daughter, Addie.

Dr. David Philip Wright is a Family Medicine Specialist in Austin, Texas. He graduated with honors from University Of Texas Medical Branch At Galveston in 1980. Having more than 40 years of diverse experiences, especially in Family Medicine, Dr. Wright affiliates with Dell Seton Medical School UT, cooperates with many other doctors and specialists in medical groups, and with Moody Medical Clinic operated by Vivent Health – Austin. Dr. Wright has been a family medicine physician in Austin for more than 40 years, and is involved in graduate medical education during this time. Dr. Wright has won numerous teaching awards, and was honored as Texas Family Physician of the Year by the Texas Academy of Family Physicians.

Check back soon for more updates!